We're very pleased to say that - after quite some waiting - Richard Henderson's most excellent study of Van Dyke Parks' remarkable Song Cycle is now on sale throughout North America.

To celebrate, Richard has written a short piece exclusively for the blog, about the rare 45 that VDP released in 1970, a little while after Song Cycle came out. Enjoy!

Van Dyke Parks had his first solo album, Song Cycle, issued by Warner Brothers Records in 1968. Four years would elapse before the appearance of his next, Discover America, a collection of mostly Trinidadian songs both preserved and radically re-imagined by Parks. Though a span of four years between releases is par for the course in the present day scheme of artist development, that same amount of time saw new heroes rise and fall in dizzying succession as the euphoria of the ‘60s gave way to the more cynical and decadent pop of the following decade.

Though his debut was largely snubbed by record buyers, Parks – whose ambivalence about his solo career nearly matched his ambitions in that regard – wouldn’t allow himself to be derailed outright. He poured considerable effort into nurturing the careers of other artists in the wake of his experience with Song Cycle, connecting worthy talents of his acquaintance with recording opportunities and eventually moving in-house at Warners to head the label’s newly conceived Audio-Visual Services department.

He had not given up his own recording career entirely. A Warner Bros. 45 rpm single credited to Van Dyke Parks was released in 1970. One of its sides revived a song first heard in a Broadway musical dating from 1944; on the flip, the melody of an obscure singer-songwriter from the Bahamas. Readers of a certain vintage, recalling the hordes of furry, over-amplified bands dominating radio and concert stages as the ‘70s began, could be forgiven for thinking that neither of the songs I’ve described held much in the way of commercial potential. Those readers, of course, are dead right: Parks’ new single vanished before receiving even the critical plaudits his premiere album had garnered. Ed Ward was a member of the first generation of rock writers who embraced Song Cycle at the time of its release; in the present day, he serves as pop music correspondent for NPR’s Fresh Air. Ward wrote a brief but favorable review of Parks’ single at the time of its appearance in the pages of Rolling Stone. Had he not done so, many who remained smitten by Song Cycle (this writer included) would have had no inkling that the single existed at all.

Of course, knowing of the existence of a new single by Van Dyke Parks and being able to acquire and hear that single represented a very real dichotomy back in the day. The Internet, with its limitless access to music, was a quarter-century distant. Only a lucky few glommed onto copies of Warners’ small vinyl disc with the large spindle hole; other interested parties would have to wait until the early years of the new millennium, when the two songs became bonus material attached to CD reissues of Parks’ albums, as licensed by Rykodisc’s UK branch.

When these songs did resurface eventually in the digital domain, they revealed much about their creator’s motives past and present. Further, they showed that Parks’ creative impulses were far from dormant. Much as Marcel Duchamp’s final sculpture/installation Étant Donnes put paid the notion that Duchamp had retired from art with the intention of refining his chess playing and little else, the appearance of “The Eagle And Me” backed with “On The Rolling Sea When Jesus Speak To Me” pointed to the same restless intelligence at work as had conceived Song Cycle. Certainly both of these tracks, again produced by Lenny Waronker, were as inventive and consummately modern as anything Parks had recorded to date.

As described in his autobiography In A Wild Sanctuary, early synthesizer virtuoso Bernie Krause and his partner Paul Beaver had secured a recording deal with Warner Brothers in 1969, but lacked artistic direction. Van Dyke Parks visited their studio, suggesting the then-new subject of ecology might bear investigation. While this would profoundly affect the subsequent careers of Beaver and especially Krause in the longer term, Parks was already implementing similar themes in his own work.

“The Eagle And Me” was a composition by Harold Arlen and his lyricist, E. Y. ‘Yip’ Harburg. The song initially featured in the successful 1944 Broadway musical, Bloomer Girl, whose story was set in the Civil War era. Arlen & Yarburg, having racked up impressive successes with the scores for The Wizard Of Oz and Finian’s Rainbow, earned themselves the license to present potentially controversial themes in their later work. Yip Harburg, in particular, was a committed socialist, noteworthy for having authored the trenchant lyrics for “Brother, Can You Spare A Dime?” As sung in Bloomer Girl by Pompey, the slave who yearns for freedom, “The Eagle And Me” speaks equally to both manumission – very much a concern of Bloomer Girl’s plot – and the ecological concerns that were looming ever larger within Parks’ own purview.

The song, as originally arranged, featured bassoon and oboe; Parks’ own arrangement feels true to composer Arlen’s vision, though one suspects that the complexity of counter-melodies voiced by the several double reeds featured in the 1970 version could only be the invention of Van Dyke Parks. His reading of Harburg’s lyrics is sly and sprightly, the sound of his voice unaffected by the various treatments that characterized the more otherworldly Song Cycle.

Joseph Spence, a genuinely protean talent from the Bahamas, wrote “On The Rolling Sea When Jesus Speak To Me.” The song was heard initially as part of an ethnographic album (The Real Bahamas In Music And Song) recorded in 1965 and issued by the Nonesuch Explorer label in the following year. One of the most widely known anthems in the Bahamas, the song was performed a cappella by a trio of male voices. Spence’s version melds his own voice, all growls and glottal stops, with his percussive acoustic guitar playing, the sound of a car without shocks – but with great rhythm – negotiating a rough road. This combination has proven alluring to Warners’ label mate Ry Cooder and a host of others down the years.

Van Dyke Parks incorporated Bahamian syncopation and the central motives of Spence’s composition and recast the song as something epic. “On The Rolling Sea…”, in its 1970 incarnation, was radically rescored for choral voices, orchestral percussion, horns and Parks’ own tack piano. The song came to resemble black classical music, as though cut from the same cloth as ragtime composer Scott Joplin’s 1910 opera, Treemonisha.

The transporting of Caribbean music into a concert hall format was central to the working methods of Louis-Moreau Gottschalk, America’s first indigenous composer. Gottschalk’s example has long inspired Parks; the former’s “Night In The Tropics” is a staple of Van Dyke’s present day concert sets. Though Parks would personalize the calypso selections comprising his forthcoming Discover America, in the immediate moment his rendition of “On The Rolling Sea” drew a straight line connecting Bahamian folk and Gottschalk’s creole classicism, to dazzling effect. 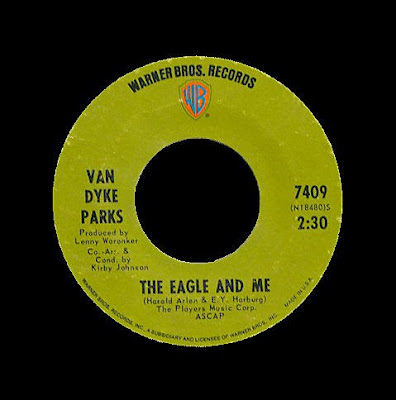 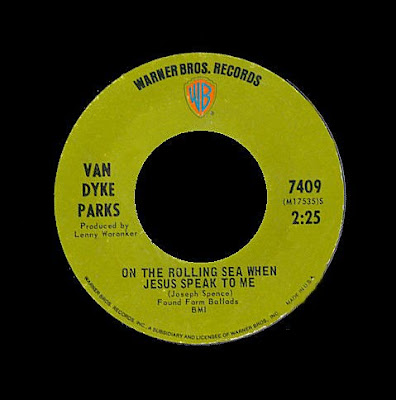 Hey David, is there any chance sometime you could do us a schedule of upcoming/new books in the series as you've done in the past? I saw on Amazon an ACDC one was out which I didn't even know was coming. Just curious what's on the assembly line so to speak.... cheers!

This is a really awesome post! I love that you can still get old school records like this! I think they are so fun! My dad has got a great collection of them! I used to have a ton myself too but after learning about audio visual services nyc I don't have as many! Can you tell me where I can find more info?