Our old friend Michael Gray, author of Song & Dance Man III and The Bob Dylan Encyclopedia, is hosting a Dylan-themed weekend at his house in the French countryside in September. Here's the info:

Named after a phrase in a classic Dylan song from Blood On The Tracks, these mini-breaks are called “Slowly Into Autumn”. Three to four paying guests, or three couples, can join the author of "Song & Dance Man III" and "The Bob Dylan Encyclopedia" for meals created by his wife, the food writer Sarah Beattie, followed by chats about Dylan’s work alongside wine and music. Themes will range from “Dylan & the Romantic Poets” to “Dylan’s Use of Blues & Bible” and “Dylan, Plagiarism and Bootlegs”.

The author’s house is set in deep countryside in the Southwest of France, 45 miles from the Pyrenees and the Spanish border. Every guest room is en suite, and guests are also offered use of the pool.

The cost is $610 per person, or $915 per couple sharing a room, plus flights and transfers.


Also, you might be interested to hear this 5-minute audio clip of Peter Mills introducing his recently published study of Van Morrison's work, Hymns to the Silence. 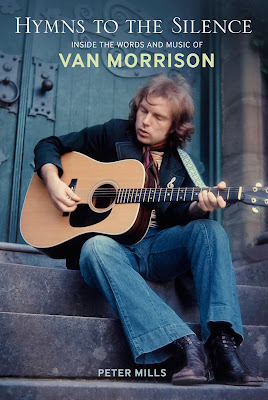 Hi
I was wondering if you guys were open for submissions at the moment. Maybe you could email and let me know?
Thanks.
Love this book series!
Mark Phinney
mark.phinney@gmail.com