Over the next few months, we’ll be profiling the authors of the eighteen forthcoming 33 1/3 titles here on the blog so you can get to know them, their writing, and what kind of twisted soul chooses to think about just one album for months at a time.

Up first: Pete Astor, who, aside from being an accomplished UK-based academic, is also a prolific and acclaimed indie musician, both as a solo act and as part of 80s bands The Loft and the Weather Prophets. His album of choice? Richard Hell and the Voidoids’ Blank Generation. “As an archly nihilistic teenager myself at the time, I was most impressed,” writes Astor in his 33 1/3 pitch for the 1977 album. About Richard Hell,punk persona numero uno behind it, he adds, “Here was an artist who could not only embody but also frame the punk urge; just what was needed to make one of the defining records of the era.”

33 1/3: What, in particular, drew you to writing about this album?
Pete Astor: It was a formative part of my development. There was the right “fit” between Blank Generation and me; just the album a thoughtful, angry and quietly overdramatic adolescent needs.

33 1/3: Who will you be reaching out to during the writing process? Why?
PA: I’ll be speaking to the key players in the making of the record, including Voidoids members Ivan Julian and Marc Bell, and producer Richard Gottehrer. I’m also in cordial contact with Richard Hell, who has agreed to check facts and details. But, as his story is very well-documented, both in the Richard Hell Papers in the Fales Downtown Collection at NYU and in his upcoming autobiography, I Dreamt I Was A Very Clean Tramp, (due for publication by Ecco/ Harper Collins next year), he feels that direct participation in the study would not be helpful. This of course is good for me, as I have access, but also an appropriate distance: theoretically the basis for a perfect relationship!

33 1/3: Describe for us the process of coming up with and pitching your 33 1/3. Did anything surprise you? Did you start with one idea and end up with another?
PA: I take the Frank O’Hara approach: “Just go on your nerve!” There’s lots of reflection and rewriting, and eventually the smoke clears and you have something.

33 1/3: What do you want to explore about Richard Hell and the Voidoids that you feel hasn't been adequately covered elsewhere in music criticism or academic writing?
PA: For me, writing about music, it is very important to strike a balance between the academic and the rock journalistic approach. Being lucky enough to have been involved in both worlds, (through my lecturing and research at the University of Westminster, as well as having written for the NME and Mojo) I hope I can use both perspectives to understand the record. The thing is,I feel both approaches can—in different ways—miss getting to the essence of what gives music value. On the one hand, the rock journalistic approach can be beautifully in step with the music itself—at its best the prose style chimes perfectly with what it’s describing. The downside is that with this approach also comes an inbuilt belief and acceptance of all the myths associated with popular music. This means that many elements of what go up to make a great piece of music (or what is thought of as a great piece of music) are left unexamined. The biography and the story are all.

Academic writing, on the other hand, has a set of methods and tools at its disposal that can unpack music in a way that reveals what is often hidden, offering insights into the practices, texts and approaches that the musician takes that can be very revealing. So, there can emerge an account of a “great” record that illuminates it in a way that it never has been before. Where academic approaches fail to communicate is where the rigor of the approach leads to a microscopic movement of thought that causes the analysis to be in danger of collapsing under its own weight. What I would like to do is to balance both these approaches, utilizing the best from each: let’s say, a bit like a version of a 3D Star Trek chess! 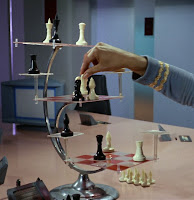 So, what I want to do is tell the story of Blank Generation, acknowledging the cultural fit and subjective relationships that people have with their favorite records, but also seeing the record through the lens of academic and critical theory, using a range of interdisciplinary approaches to get at the “truth.”

33 1/3: What 33 1/3s have you read? Which are your favorites? Why?
PA: I’ve enjoyed lots of the books in the series, but three that stick out for me are Bryan Waterman’s Marquee Moon, Jonathan Lethem’s Fear of Music and John Niven’s Music From Big Pink.Waterman’s study of Marquee Moon balances a literary critical approach, while still telling the story of the record and situating it within the larger context of New York itself. Jonathan Lethem riffs beautifully on Fear of Music, putting the album’s creative achievement within a subjective framework of impressions and observations. And John Niven’s book approaches a classic album with perfect obliqueness–framing a great record by creating a fiction that creates new and useful truths about a great record.

33 1/3: What was your first concert?
Hawkwind, Clacton Town Hall, January 11th 1974 (thanks to Marmalade Skies–home of British Psychedelia–for the exact date). I was very lucky that, as a thirteen-year-old, I was able to see this. For some reason, the school maths teacher arranged a bus to see the show. I went because my friend was wearing a Hawkwind badge to school (I wasn’t pinning my colours to the mast, even then!). Being impressed with our taste, the older kids asked both of us if we wanted to go. 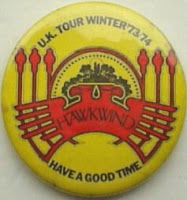 So, I put on my best dirty clothes and off we went. I can still recall the frisson of seeing Lemmy [aka Ian Kilmister] up onstage just before the music kicked in pulling on a joint and passing it round to the group. This was it! And, they were so good. Listening back to what they were doing at the time it sounds very prescient: it’s no surprise to find out that Johnny Rotten was a huge fan. Psychedelic punk rock and some secondary smoke and I was away!

33 1/3: How do you listen to your music at home: vinyl, CD, or MP3? And could you tell us why?
PA: Sorry to say, but I don’t really care! I’m a cultural listener. It’s the music–dubstep sounds rubbish on my dock, but most other things are fine.

33 1/3: Detail a lyric from the album you’re writing about that encapsulates your experience in hearing the album for the first time.
PA: “I was fourteen-and-a-half and it wasn’t no laugh”: I was sixteen-and-a-half by the time the record came out, but it was all still going on, as I’m sure you can imagine!
“Your minds a wreck but that’s fine/ it corresponds to mine”: adolescent wishful thinking…looking forward to “deranging the senses,” a la Rimbaud and getting a girlfriend...
“The doctor grabbed my throat and yelled ‘God’s consolation prize!’”: Poor me!
“I could live with you in another world”: I wished. But the combination of an imagined romantic relationship together with the dream of escape was plenty to be going on with.
“To hold the TV to my lips, the air so packed with cash/ then carry it up flights of stairs and drop it in the vacant lot./ To lose my train of thought and fall into your arms’ tracks/ and watch beneath the eyelids every passing dot”: There’s an energy here, images colliding, teenage boxes being ticked, ticked, ticked! There’s quite a lot I could say about this but just sing/ reading it back in my head is exciting enough for me at the moment!