Big Star documentary gets a blog

We've posted here before about Big Star: Nothing Can Hurt Me, a feature documentary on "rock's first cult band." We here at 33 1/3 are big fans of the band (and are very proud of Bruce Eaton's take on Big Star's Radio City). Now the filmmakers behind the doc--who, it should be mentioned, crowdfunded the doc via Kickstarter--have started an awesomely obsessive Tumblr about the band and its doings, and it's worth a look not just for Big Star fans but for music fans in general. From the blog: 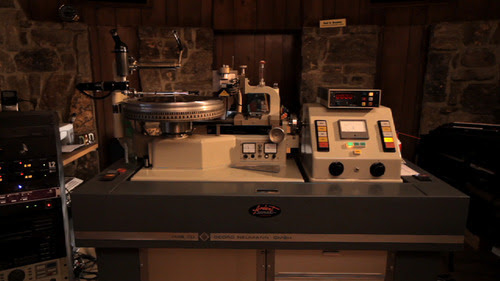 This is the vinyl lathe at Ardent Studios in Memphis. The Omnivore reissue of THIRD/Sister Lovers was mastered on this machine as were the original Big Star records in the 1970’s. Ardent is one of the few studios that masters their own vinyl reference disks. It was purchased from STAX Records in the heyday and came with their technician, Larry Nix.

How cool is that? I don't even think I've seen a vinyl lathe before. Nothing Can Hurt Me was featured as a work-in-progress at SXSW this year; We'll make sure to track its progress and keep you updated.
Posted by Kaitlin at 10:42 AM