Fear of Music reviewed in The Atlantic

A lovely review of Jonathan Lethem's 33 1/3 on Talking Heads' Fear of Music by Brian Gresko for the Atlantic.

Full text of the review here!

“His achievement in Fear of Music is to let his personal passion for the album inform his thoughts on it with a vital urgency, without ever allowing those feelings to run rampant and obscure the work at hand. …[It is] a powerful piece of scholarship on a band that deserves, and whose work holds up to, close examination of the serious kind Lethem does here. [Lethem] revels in Fear of Music's strain, the way it encompasses punk and disco, aggression and passivity, paranoia and resolve, gleefully dancing its way off the brink. This ain't no party, indeed.” 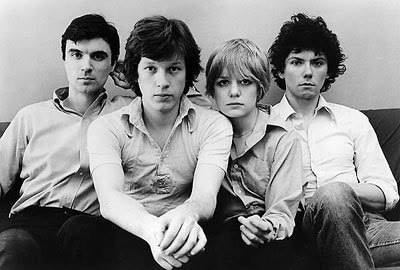 And here's a reminder of the upcoming event schedule (with the first event happening TONIGHT in Claremont, CA)

June 6, 7pm (Wednesday)
"A Book, A Band, and a Brew" at Watch City Brewery in Waltham, Mass (with Winterpills band), hosted by Back Pages Books.
(Note that admission fee for this event covers the price of a book and a complimentary drink.)
Posted by John Mark at 10:39 AM