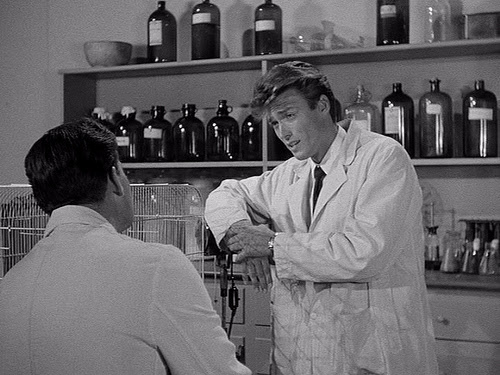 Though it may not be explicitly music-related, we figured that quite a few of you might be interested in a film book we are very excited about around these parts lately. We are very proud to publish the late journalist Paul Nelson's lost interviews with Clint Eastwood later this month, in a volume edited by Kevin Avery titled Conversations With Clint: Paul Nelson's Lost Interviews with Clint Eastwood 1979-1983. These intimate and revealing interviews come from a pivotal time in Eastwood's career as he was beginning to make the leap into directing his own films as well as acting in them. Originally planned as a cover story profile of Eastwood for Rolling Stone (Nelson was most widely recognized as a music critic), the interviews were never synthesized into a finished piece and never saw the light of day...until now.

The Los Angeles Review of Books has run some excerpts from the interviews in this morning's edition, including the foreword by novelist (and future 33 1/3 author) Jonathan Lethem, which you can read here.

Talking Heads' Fear of Music by Jonathan Lethem. That's new??? You didn't have that on your list before anything else new??? You need some new stuff, it's seems the writers you've got at the moment are taking forever to write the books, eh??? Maybe you should ask some author to write some new books for you??? What about Nick Cave and the Bad Seeds' No More Shall We Part by Will Self or Dirty Three's Ocean Song by Nick Cave or something like that.

Actually, a book on Clint Eastwood may be very music related. He's always been a big jazz fan and supporter, as well as a halfway decent pianist.

You know, you're right. A few months ago I watched Play Misty For Me, and aside from all the psychotic stalking and whatnot, it's a pretty great advertisement for the Carmel lifestyle...including a long and kind of pointless excursion (plot-wise, anyway) to the Monterey Jazz Festival.