We have some new NYC-centric guest playlists from 33 1/3 authors Patell and Waterman's blog. The first roundup of guest playlists can be found here. By way of (re)introduction, Cyrus Patell wrote the just released 33 1/3 on The Rolling Stones' Some Girls, and Bryan Waterman wrote the just released volume on Television's Marquee Moon. They've asked some friends (including a few 33 1/3 authors in this batch) to fork over some essential NYC tracks, and here they are. Click on the name to go to the playlist.

Trouble (WFMU)
This morning’s playlist comes from veteran WFMU DJ Trouble, whose show remains on the summer schedule in its current Tuesday morning position, 9 to 12. (Be sure to tune in on June 28, when she’ll host Cyrus and me to talk about our books and NYC music in the 70s.) Trouble’s list, she writes, is “heavy on the art and outer borough essentials that propel nyc…”

Daphne Brooks
This morning’s playlist comes from Daphne Brooks, who teaches in Princeton’s English Department and Center for African American Studies. Her books include Bodies in Dissent: Spectacular Performances of Race and Freedom, 1850-1910 and the 33 1/3 volume on Jeff Buckley’s Grace, which she treats not only as an inroad to the East Village in the 80s and early 90s, but also as a window onto the long history of race and popular music in America. She’s also a teacher and member of the board of directors at the Willie Mae Rock Camp for Girls.

E-Squared, aka Eric E.
This afternoon’s installment in our NYC playlist marathon comes from Eric E., aka Esquared, long-time denizen of the downtown blogosphere and virtual friend of PWHNY who describes himself as “a gentrified new yorker who’s finally appreciating the past, and slowly appreciating the present, and hopefully the future of nyc.” You can follow him on Tumblr or @cire_e on Twitter.

Amanda Petrusich
This afternoon’s playlist comes from Amanda Petrusich, a staff writer for Pitchfork and senior contributing editor for Paste. Her books include It Still Moves: Lost Songs, Lost Highways, and the Search for the Next American Music and Pink Moon (33 1/3 series). Her work has appeared in the New York Times, Spin, the Village Voice, the Onion A.V. Club, the Oxford American, ReadyMade, eMusic.com, MSN.com, and elsewhere. She compiles the weekly pop listings for the Times. She’s currently at work on a book about record collectors, as will probably be plain by her selections below. Follow her on Twitter at @amandapetrusich. 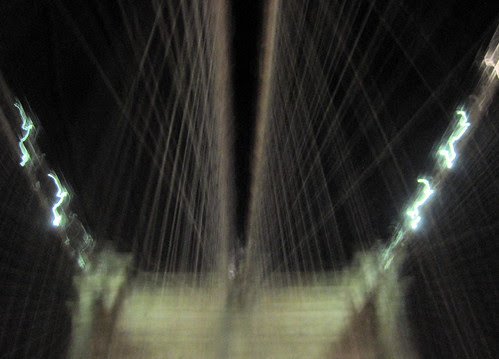 I hope you are enjoying these as much as I am. Bryan and Cyrus assure me there are even more in the pipeline.
Posted by John Mark at 11:32 AM