Genuinely sad news yesterday, about the death of Alex Chilton. When we published our 33 1/3 book about Radio City just a few months ago, we couldn't have imagined that Big Star could be gone so soon - the box set was just coming out, the band were playing shows...

The book was a truly collaborative effort. It was authored by Bruce Eaton, who was helped in so many ways by John Fry, Andy Hummel, Jody Stephens, Richard Rosebrough, John King, Larry Nix, David Bell, and Alex Chilton himself. (And many, many others.) It contains large segments of what turned out to be Alex's last significant interview. Here's an extract from it:

Chilton worked against the tide of audience expectations from the outset. As thousands discovered Big Star, they immediately faced the reality that there was no one on the other side of the footlights who wanted to share the love. Chilton - by then synonymous with Big Star - didn't care about being the object of their affection. At least not on their terms. It would have been easy for him to give the people what they wanted - just the success of "In The Street" as a television theme song makes it easy to imagine that if he'd been a careerist and diligently worked at the Big Star franchise until it reached critical mass, the hits would have come and he'd now be a mid-level headliner on the summer festival and casino circuit, crisscrossing paths with Blondie and the B-52s.

People who weren't Alex Chilton had a hard time understanding why he didn't want to follow the script they had in mind for him - one they imagined that they themselves would have eagerly followed if only they were in his shoes.

Virtually every critic or fan would give up their black Converse sneakers and redundant box sets to be a rock star - why didn't Chilton seem to care? (The whispered sub-text: "The spoiled little brat, how dare he? What's wrong with him?") Here's my own arms-length guess. Every musician has a choice: you can either be in the music business - trying to maneuver through a toxic swamp in search of an elusive pot of gold that has probably already been looted - or in the business of making music - finding a way to make a living at playing the music you feel compelled in your soul to play. Chilton had already had a big gulp of the music business with the Box Tops and Big Star. The Box Tops had a bunch of hits and toured like crazy but comparatively little money actually reached their pockets. Big Star as a formal band made two great records with serious commercial potential within a completely supportive environment and garnered heaps of critical acclaim but had little to show for their effort in their time. By that point, Chilton had spent his entire postadolescent life in the music business - playing music that, however worthy, was ultimately rooted in someone else's vision. Why wouldn't he, then, if he were a pure musician at heart (like his dad and his uncle), just flip the music business the bird and start making music his way, on his terms, come what may? If you need it spelled out: "Big Star was one thing. I was another thing." It took some time for that "another thing" to take full shape and be honed into sharp relief but the rough sketches were there for all to see for a long time.

Bruce has also written an obituary of Alex for Salon. You can read it here. 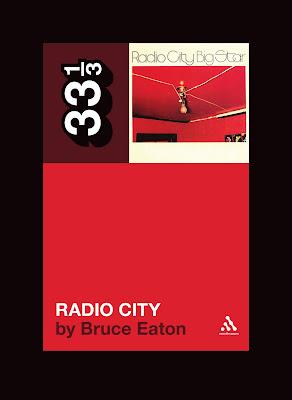 Truly sad for me, Big Star were a great undiscovered treasure I found out all by myself, which kind of made me love them more. I usually don't care when a "celebrity" passes away, but I truly am mourning Alex Chiltons' death. RIP