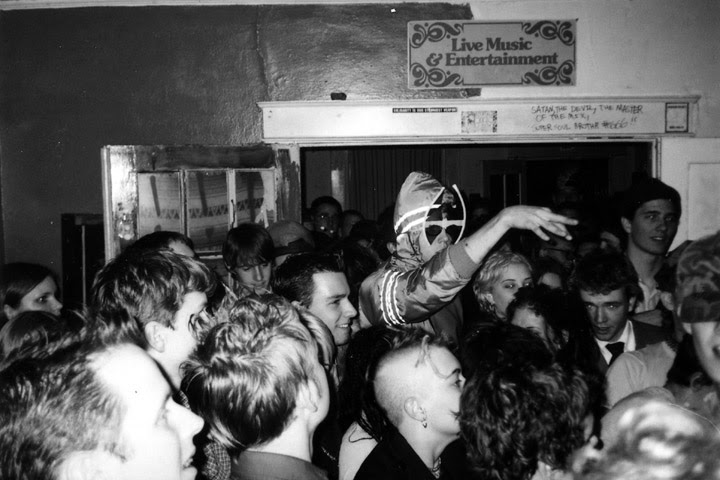 I got knocked out of my duties at this year’s Book Expo with the unexpected meeting of a taxi with a phone booth, so I figured I’d do a little blogging between baseball games on the radio…

There is a new documentary out that covers my personal musical primordial soup called Towncraft. It’s all about the independent music scene in Little Rock, Arkansas from the late 80’s through today. There were plenty of other scenes like Little Rock’s all over the country (it was good time for things like that), and though I’m not claiming to be free of bias, Little Rock is a pretty special place full of special people. In the next couple weeks screenings will be taking place along the east coast (you can see where here), and I’ll definitely be at the screening and afterparty in NYC on June 16. If you can’t make those screenings, you can get the DVD (which comes with a 2-disc, 40-song soundtrack and a 60 page book) or the film is available for download here.

The movie's website is an amazing piece of work itself, featuring a year-by-year timeline of music in LR that grows daily as stories and events are added.

So even if you’re not from Arkansas, it should be well worth checking out, and besides, Arkansans are friendly folks. Someone will buy you a drink and you’ll probably be calling the hogs by the end of the night. That's the way these things usually go...

We really need more information about the taxi & the phone booth. Were you calling someone? Were you in the taxi? Were you driving the taxi? Did you get a good tip?

I'm all better now...thanks! A group of us were headed from the office up to the convention center to get our booth set up for Book Expo when someone clipped the front fender of the taxi and sent us into a phone booth. In the long run everyone was fine and we were glad not to kill anyone on the sidewalk, but one broken nose and 13 stitches later, I'd recommend buckling up in cabs from now on.

I was just checking out the blog to find out whether the Belle & Sebastian book was out yet, when I saw the entry about Little Rock!! I know some of those guys, having spent a evenings there checking out bands (I used to live in Memphis). Thanks for the Towncraft plug. I saw a few friends in the YouTube clip, so I'll definitely check it out.

Cool! I actually ended up missing the Towncraft NYC show because I got stuck at the beach (which isn't a bad place to be stuck), but I had a friend pick up the box set for me and am looking forward to checking it out...