One of the volumes we'll be publishing in the autumn is RJ Wheaton's study of Dummy.

Here's a taste of what's in the book:

During the Dummy sessions, Portishead turned towards producing their own samples, recording Geoff Barrow and Adrian Utley and performances from a host of other musicians, many of them from Utley’s extensive network. Many of these musicians — Clive Deamer, Jim Barr, John Baggott, Gary Baldwin, Andy Hague — later became part of Portishead’s extended band for touring.

Once you find loops or find an idea, there’s an idea of creating this loop yourself. And modifying it. And doing what you need to do to it. So we would create the loop — Adrian and Geoff would come in and Geoff would play some drums, Adrian would be doing his guitars and bass on it and stuff, I’d be recording it. We’d get this loop and — we’d get loads of them onto DAT. And then we would get them all pressed up on vinyl. So you would end up with like a 12-inch with say thirty samples on.

This process not only allowed the band greater creative control over their samples, but also to move away from the risk of being easily imitated immediately upon a track’s release. As Barrow explained to an interviewer in 1995:

What happened was, within hip-hop, if you sample a beat, that record’s out there, so what happens is a week after, someone else might use it, and that takes away your fresh sound.

Given the local experience with reggae versions and dubplates, McDonald recalls it being relatively easy — and inexpensive — to “find these little places where a guy’s got a cutting press… and get a couple of acetates cut.”

But the process of recording original samples was actually more labor-intensive than simply sampling a break. It was important to the band that the aural fingerprint of old vinyl was preserved — that the ‘made’ samples sounded every bit as aged and authentic as ‘found’ samples.

They were concerned to capture all the extraneous noise that it might otherwise have been impossible to remove from an old record. Fragments of a vocal line that had just finished. Reverb and decay from instruments on the other side of the stereo mix. ”You go into every little, tiny little bit of what makes a good break,” recalled Barrow, “and just do it yourself.”

Tim Saul recalls making the “loop slightly off so it sounds a bit like a sample”, deliberately mis-timing a break so that “the listener hears it and realizes that it’s a loop, an obvious loop.” McDonald elaborates:

This extended to preserving the sound of vinyl itself. As Geoff Barrow noted in 1997, “to incorporate the sound of vinyl is as important as the instruments playing.“ Dave McDonald recalled what would happen when a freshly pressed acetate of the band’s samples was received:

You would spend the next day or couple of days with this vinyl on the record decks — and almost like a lathe, you know, Geoff cutting them backwards and forwards to wear the record out so then it creates an age to it, so it sounds very authentic and old. I always remember that process. The aging process. Like a good steak.

The book has a website which you can check out here. And for those of you like to tweet and face, there are additional sites for the book here and here. 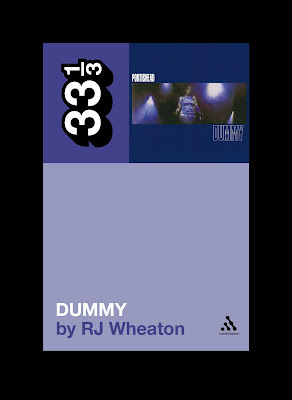