A little advance warning, here. In the next couple of weeks, we'll be posting extracts from the upcoming 33 1/3 volumes on Slint, Radiohead, Johnny Cash, Nine Inch Nails, and Ween. Consider yourselves primed!

Also, Michael Gray will be hosting, in November, further Dylan-themed weekends at his home in the beautiful French countryside. Details:

Dylan expert and critic Michael Gray, who writes the long-running blog The Bob Dylan Encyclopedia, is opening his home in France for Dylan Discussion Weekend Breaks this November.

A maximum of six guests per weekend join the author of "Song & Dance Man III", "The Bob Dylan Encyclopedia" and “Hand Me My Travelin’ Shoes: In Search of Blind Willie McTell”, for evenings discussing Dylan’s work, augmented with good local wine and Dylan tracks from Michael’s own collection, after enjoying excellent meals created by his wife, the food writer Sarah Beattie.

Guests can choose topics such as Dylan & the Blues; Dylan & Rock’n’roll; Dylan's Use of the Bible; Dylan, Plagiarism & Bootlegs; Dylan & Literary Culture; Dylan In Concert; Dylan On Film; Dylan & the Beats.

The house is in rural Southwest of France, 45 miles from the Pyrenees and the Spanish border. These weekends follow successful previous breaks for fans sharing their enthusiasm for Dylan’s work in February-March, June and September.

Further details can be had here. 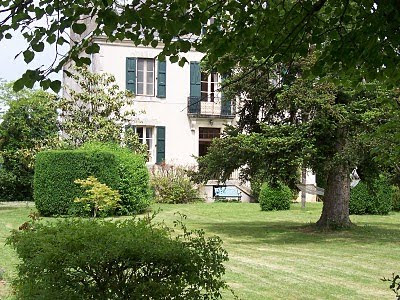