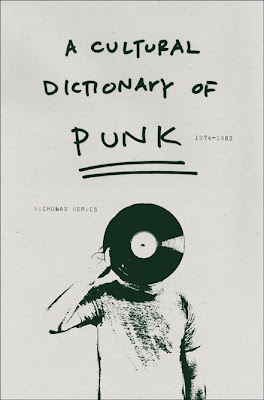 Nick Rombes, author of the 33 1/3 on The Ramones, and most recently, A Cultural Dictionary of Punk, spoke with Jason Boog and Amanda Ernst about the book, punk rock, economic recession, and other topics over at Mediabistro's Morning Media Menu podcast.

Nick also has a guest blog post at the Powell's blog that is well worth checking out.

While you're at the Powell's blog, check out these posts by Peter Terzian, editor of Heavy Rotation. Seems like readers of this blog might be into that book as well.

Jeff Roesgen, author of the 33.3 on The Pogues' Rum Sodomy and the Lash has a guest blog for Powell's in the pipeline, too. I'll cross post that here once it goes live... UPDATE: Jeff's blog post is now up!

ONE LAST THING:
Joe Pernice has a new book coming out in August with Riverhead called It Feels So Good When I Stop, and he is also releasing a soundtrack to the novel of cover songs originally recorded by real and fictional artists. Unrelated but awesome: the indie rock version of Mtv's Cribs on Pernice's website.
Posted by John Mark at 10:55 AM