Bruce Eaton's really excellent book about Big Star is now fully available throughout North America. It's a great combination of power pop history and in-depth interviews with all of the main players, as I hope you can tell from this extract...

At a time when record company promotions knew few limits - whether financial or legal - the Rock Writers Convention, held in Memphis on May 25 and 26, 1973 still stands out as one of the most unique and colorful events of the era. Over 150 rock critics and record company representatives were flown into Memphis and put up at the Holiday Inn. While a few made an earnest effort to organize a trade association for rock writers - the ostensible reason for the gathering - most found it more worthwhile to avail themselves of the free-flowing hospitality and the local sites than to figure out how to protect their future interests from the likes of Jann Wenner.

If there were ever to be such a thing as a Rock Writer's Hall of Fame (and let's pray there never is - a Rock and Roll Hall of Fame is bad enough) the list of inductees would overlap quite a bit with the guest list for the Rock Writers Convention, which included Vince Aletti, Lester Bangs, Ken Barnes, Alan Betrock, Stanley Booth, Marty Cerf, Richard Cromelin, Cameron Crowe, Ben Edmonds, Chet Flippo, Pete Frame, Simon Frith, Robot Hull, Lenny Kaye, Richard Meltzer, Richard Robinson, Bud Scoppa, Gene Sculatti, Greg Shaw, Steve Simels, Nick Tosches, and Ed Ward. Also among the attendees was one David Gest, the future ex-Mr. Liza Minelli. The Encino, California resident evidently liked Memphis well enough to establish a residence there and to this day John King is jokingly referred to as "the man who brought David Gest to town."

Big Star performed on the last night of the convention at Lafayette's Music Room. Today one might imagine a band virtually trembling in fear at the prospect of playing in front of Lester Bangs, let alone the entire assemblage, but Big Star approached the gig with a casual nothing-to-lose attitude.

Jody Stephens: I don't remember that much about anyone's personality - it was all so low-key and their writings had been so complimentary, there was nothing other than the usual intimidation of going onstage. It was also my perception, right or wrong, that we really weren't the feature band. Stax had just signed an English band called Skin Alley and there was Larry Raspberry and those were the folks that they still had a business interest in or had more recent releases. It made it easy for me anyway to step up and perform. We weren't featured - we were the underdog. Just go up and play and have a good time.

Andy Hummel: I didn't know any of those people. I didn't associate with them. It was something King said we needed to go do so we did it.

Alex Chilton: When I lived in New York I'd known a bunch of them or a few of them. Anyway, some of these people I knew fairly well. It was a gig. I don't know who preceded us on stage that night but apparently it wasn't much. We just played, did the best we could and that was that.

John King: I remember Alex was just in a particularly good mood which means everything. Everybody's playing in key. They were just happy. They were interacting with the writers and the writers were dancing even. It energized them, gave them something to go on with - some reason to put the record out and go tour.

Andy Hummel: It was far and away the most real gig we'd ever played - with real people who were there to listen to us. We didn't play out much but we played a lot - I'm guessing that we'd gotten pretty good. When you think about the progression of the band...We'd played all the way through the first LP. We'd played practice sessions for that first tour thing. We did the four-track demo so we knew how to play some songs. From a musicianship standpoint and playing together standpoint - which is extremely important - we were about as good as a band to play out as we ever were. So it was very timely that it occurred when it occurred. Jody had started singing quite a bit - he was singing backup with Alex on quite a few songs.

Richard Rosebrough: It was the gig of their lives - like watching Marc Bolan. And they were partly terrible, too. They were falling over their amplifiers and pulling their guitar chords out. It was chaos, but that's just what I heard. I think I probably walked in the back door and walked up to the sound booth with Fry and we stayed up in the sound booth and were only there for Big Star's set. We were doing our thing up there, making microphones feed back. Something happened on stage and they all said, "It's over, let's go." John turned to me in the control room and said, "Richard, do you know the last thing the captain of a sinking ship does - he sets the controls for normal operation and he jumps off." With that I turned the P.A. back on and right under the line of feeding back and goosed it a little bit. John said, "Fine let's go." We walked downstairs out the back door and got in the car and left. That's totally John.


Ripping through a set that covered much of #1 Record, several songs that would later appear on Radio City, and a few choice covers, including an impromptu take on 'The Letter,' the performance was a roaring success. What separated this gig from virtually any other was the power the audience wielded with their pens. The affinity the writers had for Big Star had been reinforced and new fans had signed up - now they needed a fresh reason to write about the band. Big Star decided to oblige. 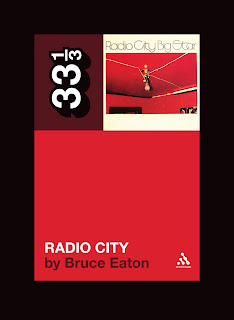