A couple of new books

I try to keep non-music-related Continuum books off here for various reasons, but some of you might like to know about two new titles that we're just about to publish.

The first is Rocco Versaci's This Book Contains Graphic Language: Comics as Literature, about which Library Journal says...

This book initially seems to be an earnest attempt to justify comics (and graphic novels) as a sophisticated literary art form. But once Versaci (English, Palomar Community Coll., San Marcos, CA) frames the literary merit debate—which at book length would be unnecessary given the critical acceptance of graphic novels like Art Spiegelman's Maus: A Survivor's Tale—he settles down to create a worthy text for anyone interested in the genre. Versaci gives readers a new arsenal of tools with which to examine comics and graphic novels, and he offers 100 black-and-white illustrations from artists including Harvey Pekar, Joe Sacco, Lynda Barry, and Sue Coe. Using a few carefully chosen topics, he explores his central argument in depth by providing historical context and analyzing layout, pacing, and style. He further offers a framework and vocabulary for discussion and convincingly argues that the medium can communicate as effectively, if not more effectively, than prose and film. While scholarly, this work is highly engaging, lively, and accessible. It will appeal to students, fans, and casual readers alike and deserves to be widely read.

The second is Geoffrey Nowell-Smith's Making Waves: New Cinemas of the 1960s, about which the very same organ says this...

Veteran film scholar Nowell-Smith (The Oxford History of World Cinema) is indeed "making waves" as he demystifies the new cinemas of the 1960s in Europe and Latin America. He doesn't hesitate to point out that a new-wave director's use of a documentary style or black and white instead of color was because of financial rather than aesthetic reasons, or that some of the innovative techniques used (e.g., shaky camera, jump cuts, and strangely accentuated location sound) actually reflect incompetence in overcoming difficulties in location shooting. Particularly interesting is his analysis of the change in British culture and how it affected free cinema in that country and the contrast between the diversity of new filmmaking in France and the corresponding dearth of new wave in Italy. Although its coverage of Eastern European and Latin American new wave is too brief, this work distinguishes itself as an all-encompassing text on the subject, unlike others that focus on an individual country during the 1960s. 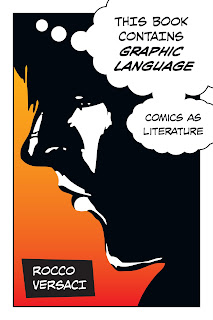 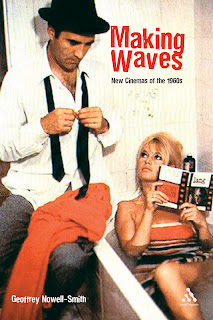