The UK's Total Music Magazine has posted this glowing review of our recent book, Inside the Music of Brian Wilson.

Some might argue that the prospect of a genuinely illuminating tome on the former Beach Boys mainman emerging after so many have already hit the shelves is about as likely as Richard Dawkins taking over presenter duties on Songs of Praise. However, Lambert’s deep-mining approach to the Wilson back catalogue – analysing his many and varied influences (Gershwin, the Four Freshman) and tracking the evolution of his songwriting style from straightahead surf-pop to elaborate triumphs like ‘Good Vibrations’ – does succeed in casting new light on the great man’s work. Indeed, at its simplest level, it highlights quite how much work was done, especially in the early ‘60s when Wilson had to balance a desire to develop his craft with numerous extra-curricular projects and constant calls for new BB product (the group made three albums in 1963 alone). It is, however, the section on the writing and recording of Pet Sounds that is most compelling, with Lambert expertly establishing recurring tonal motifs and the manner in which the lyrics of collaborator Tony Asher provided a perfect complement to Wilson’s ambitious music. At this point, the book approaches the level of scholarship that Ian MacDonald brought to the Beatles’ work with Revolution In the Head. 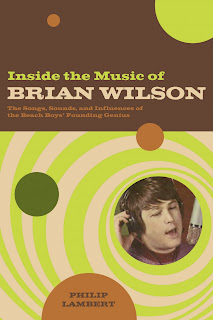