Just in time for the holidays, we're happy to announce the arrival of 33 1/3 Greatest Hits, Vol 2.

350 fun-packed pages, featuring extracts from titles 21 through 40 in the series. In my mind, it documents the series' teenage years - cocky, nervous, experimental, excitable, with obvious growth spurts, just a little acne and at least three apalling hairstyles. But loveable, through it all.

The books excerpted are:

We didn't do the Under-21 Essay Contest this time around, because I've been too busy this summer. Sorry about that!

Anyhow, we hope you enjoy this compilation - it's a great way of introducing people to the series, if you're feeling gifty. 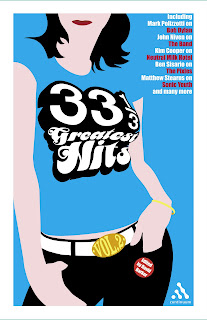